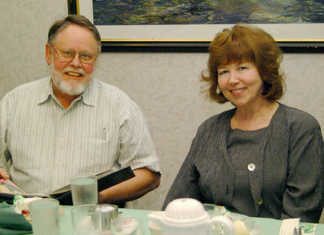 Over the years, my mother reminded me that I was born at the old St.Michael's Hospital in Grand Forks, ND during the powerful March blizzard that swept the plain states in 1941.

I'm pretty sure that my earliest recollection was going with my dead in his milk wagon when he worked for the Minnesota Dairy. He gave me small bottle of chocolate milk as we both watched the old draft horse head for the dairy barns in Grand Forks by the Red River.

There were several moves... to Bell, CA... back to Grand Forks... out to the farm in Middle River, MN. I was pretty young, but I certainly remember the old Ford Model A that was our transportation. My lifelong involvement with education began at the one-room schoolhouse near Middle River, MN. My mother shipped me off to first grade when I was four and a half years old... I can only imagine why. My buddy, Harold Peterson, and I were the only first graders. My brothers, Tom and Phil, were part of the fifth grade class that included four other students. Harold didn't attend school as often as I did and I was the only second grader.

I completed eighth grade at St. Michael's in Grand Forks and that fall, I headed off to St. John's Prep School in central Minnesota where I received an excellent formative education with the Benedictine Monks.

Deciding that the celibate life was probably not going to be a workable choice, I left St. Johns and graduated from Lincoln High School in Thief River Falls, MN where my mother taught English and French in 1958.

Four years later, 1962, I received my B.A. degree from the University of North Dakota with majors in English and social studies and a minor in education. 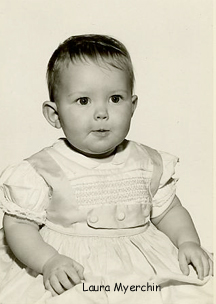 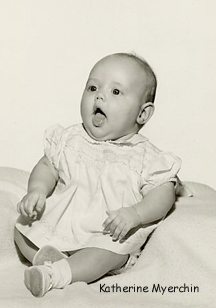 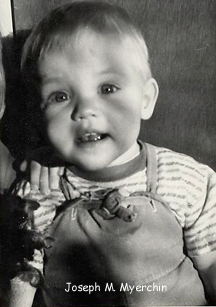 I married my lifelong partner, Angie Gustafson, in 1961 during my junior year at UND. Our first daughter, Laura, was born a year later. Kathy was born eleven months later... and Joey followed eleven months after Kathy. Diapers, baby bottles, crying... oh, they were some lively years.

Following graduation, I began teaching at the high school in Linton, ND. While teaching, I applied for a National Defense Education Act Fellowship in counseling at UND. I was fortunate to be one of twenty-four applicants from around the country to be chosen and I was given the opportunity to earn my Master's Degree in counseling and psychology with a minor in education. I completed my M.A. in 1964.

With my new degree in hand, a wife, and three little babies; I accepted a position as a school psychologist with the Bureau of Indian Affairs in Belcourt, ND where I enjoyed working for three years.

My next position was with the Upper Red River Valley Education Service Center in Grand Forks. I enrolled in a doctoral program at UND.

Anxious to live in the warmer climates of California, I accepted a position in Rialto, CA in 1968 where I served as a high school counselor for twenty seven years. I retired from education at fifty-five. That first September after retirement, it struck me that this would be the first "back to school" that I would miss since the age of four. 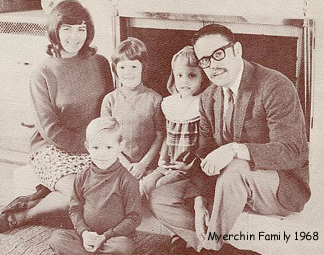 As I reflect on my life, a few obvious peak experiences leap out at me. My marriage, the birth of our three children, all of our grandchildren... and a few related events. 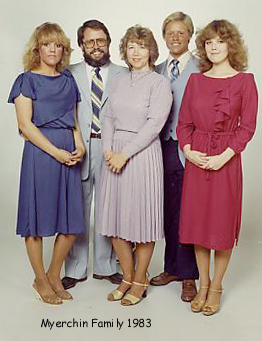 In 1974, I pursued a lifelong dream to sail a boat on the open ocean. I purchased the bare hull and deck of a Westsail 32 and had it moved to a commercial site in Rialto, CA. My first order of business was to "lay in" 7000 pounds of lead ballast and secure it with resin and fiberglass. Two years later, after hundreds of hours of milling and forming a small mountain of teak and mahogany, my dream boat floated in Long Beach harbor. It was a grand moment !

I taught myself celestial navigation (before gps) over Christmas vacation. The following summer; Angie, I, and the three teenage kids sailed the "Orgone III" to Hilo, HI. Landfall was twenty eight days and several thousand nautical miles later. We island hopped to Honolulu where Angie and the three kids "jumped ship" and flew home. I was really grateful that my brother, Bill, flew over and helped me sail her back to CA. Because of the tradwinds in August, it took us 42 days to make the return trip.

It was during the return trip that I thought about the need for a high quality sailor's rigging knife. After making many sketches and carving many teak prototypes. the original "Offshore System" was born along with our little company, Myerchin, Inc. We have produced some of the best rigging knives in the world for twenty-one years and we are standard issue with the United States Coast Guard and United States Navy. A real high point came when General Tom Kelly, with the Joint Chiefs of Staff, issued a statement thanking us for our lasting contribution to the Defense Department. Our daughter, Laura, continues to run the family business and I usually spend a few days a week working with her.

Several years ago, I wrote a psychological novel, "Rugaroo, Savage Spirit" based on the Native American legends that fascinated me when I worked for the BIA in Belcourt, ND. It was a good experience and since then I have outlined and worked on several other books and scripts with my son, Joe. 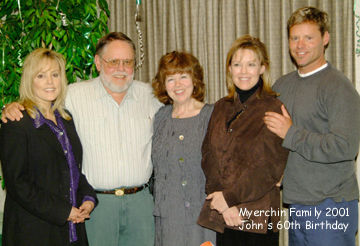 It has also been interesting to share theories and practicuum experiences with our daughter, Kathy, as she completes her master's program in counseling psychology.

Angie has recently retired and we both want to spend a lot of time travelling. If she can stand the missed notes, I also want to learn to play the Native American red cedar flute.